Texas will get its first accelerated bridge construction project this month, for one of its busiest highways in the northern part of the state, according to the Texas Department of Transportation. 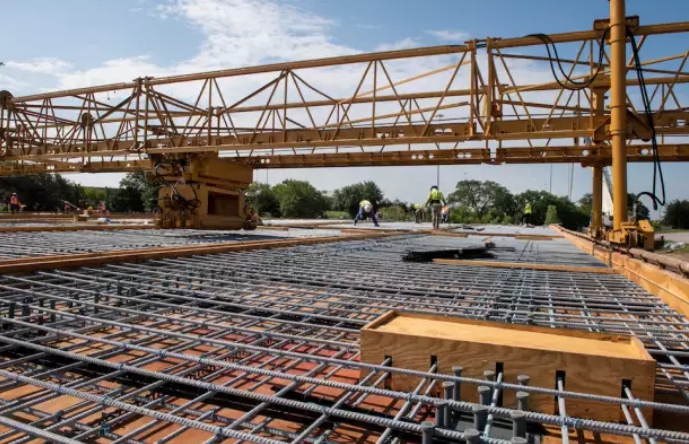 The ABC method, which has been used in recent years around the country to rapidly replace damaged or deteriorated bridges with minimal traffic disruptions, will be employed to replace two 50-year-old bridges on Interstate 635 near its intersection with I-20 and U.S. 275. The area east of Dallas in Balch Springs sees up to 150,000 vehicles a day, according to the TxDOT.

The project involves building the bridge decks offsite and moving them to their new location in 15 pieces each. The old bridges will each be demolished and the new segments will be hoisted into place to replace them. Each bridge will take a weekend to replace. TxDOT says a traditional bridge replacement project would entail months of long traffic backups. The agency chose ABC to avoid the long-term traffic jams. The project will also make it safer for workers because the road sections being worked on will be closed to traffic.

TxDOT plans to close the northbound lanes of the interstate August 21-24 for that bridge’s replacement and the southbound lanes August 28-31 for the second bridge.

Work has been occurring since May on building the new bridge segments at a fabrication yard about 900 feet away. Each completed replacement bridge will be 219 feet long and 70 feet wide. The longest prefabricated segments weigh up to 250,000 pounds including the guardrails. All of them will be hauled to their new home by truck. A 550-ton crane on site will place the segments.

The contractor for the $9.2 million project is Sema Construction, headquartered in Centennial, Colorado.